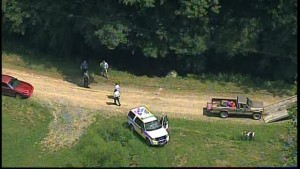 A southwestern Pennsylvania man is expected to spend between 14 to 28 years in prison for killing his brother-in-law after the other man pulled his beard while both were drinking. The Huffington Post reports:

Fifty-four-year-old Randy Flynn Anderson, of Aleppo, was sentenced by a Greene County judge Tuesday after pleading guilty to a reduced charge of involuntary manslaughter.

Anderson told the judge he had been drinking “all day” prior to the June 26 shooting of 42-year-old Terry Weyrick of Cameron, West Virginia.

The (Washington) Observer-Reporter  reports both men were drinking at Anderson’s home and began to fight after Weyrick reached across the table and yanked Anderson’s beard.

Anderson couldn’t explain why he got up from the table and retrieved a rifle, telling the judge, “I can’t say why it happened. I’m sorry.”