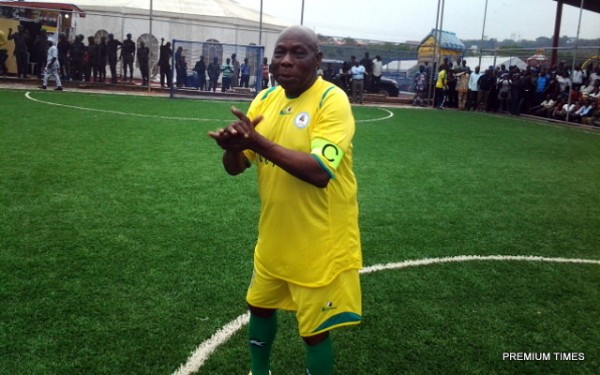 Ex-president wore T-shirt with number of his years, 78.

Obasanjo who was the skipper for his team  showed some adeptness on the field of play and  scored  the two  goals  while the Special Assistant to the governor on Special Duties scored the only goal for the government team. 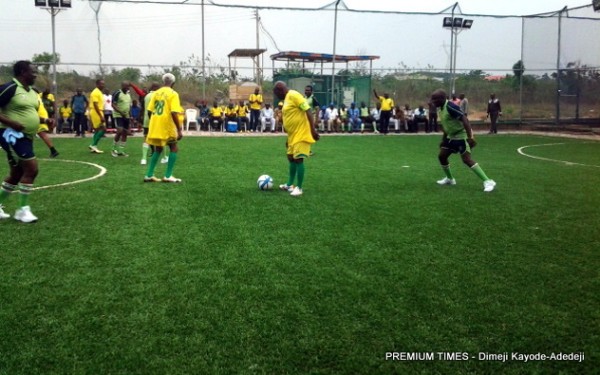 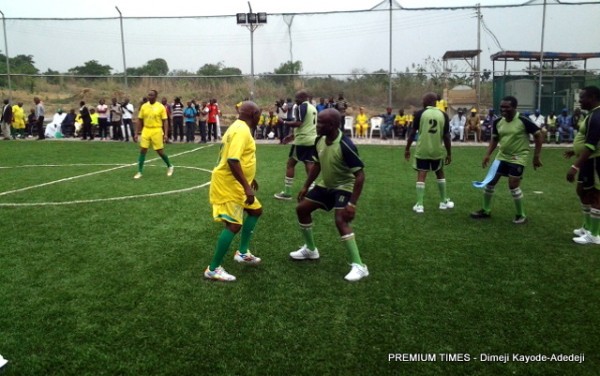 Ibikunle Amosun was honoured as the most valuable player of the match, while Mr. Obasanjo won the Golden boot award and Akin Mabogunje got award of Best Goalkeeper of the encounter.

Speaking to journalists after the match, ex-president expressed contentment over the match. He said sports is an essential exercise for both the old and the young. 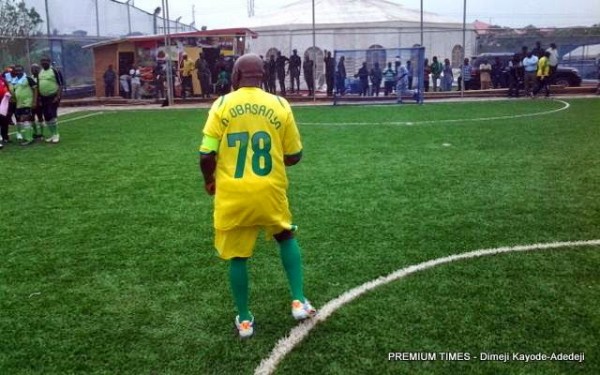 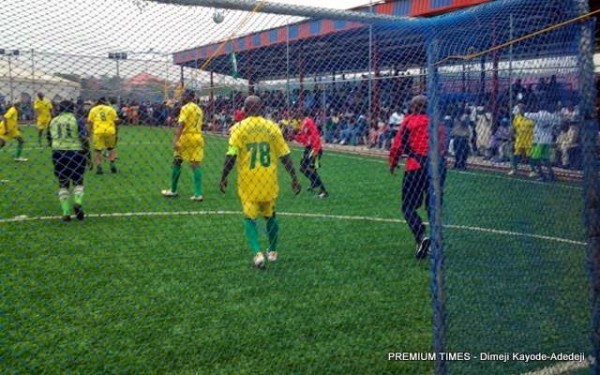 He said: “I am satisfied and fulfilled, even at my age I cherish sport, because it is relevant to health and we should all endeavour to engage in sporting activities”. 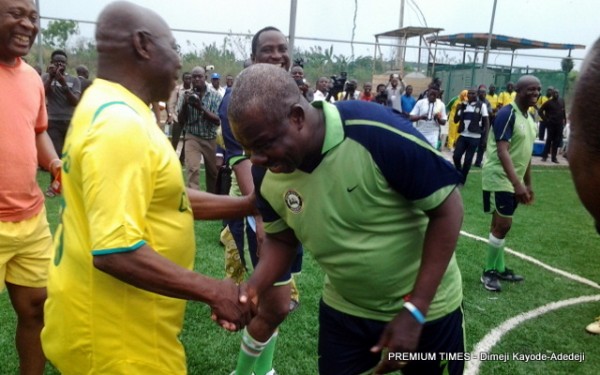 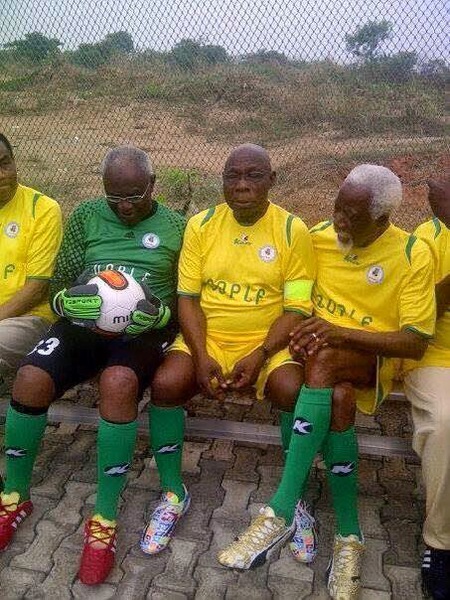