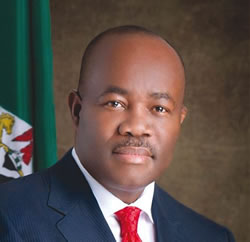 Senatorial candidate of the All Progressives Congress (APC), Akwa Ibom North West (Ikot Ekpene) Senatorial District of Akwa Ibom State, Inibehe Okori, has submitted a documentary evidence of more than 2,000 pages to the election tribunal as prove that the Independent National Electoral Commission (INEC) did not conduct the senatorial election in the district.

Okori, who spoke in an interview in Uyo, according to Thisday, argued that INEC had no justification to present the candidate of the Peoples Democratic Party (PDP), Chief Godswill Akpabio with a certificate of return as the winner of the election as the PDP did not present him as their candidate.

“We have put before the tribunal sufficient evidence to show that there were no elections in Ikot Ekpene Senatorial District. From the result sheets which we have gotten all the Certified True Copies, to electronic videos and footages of what transpired in homes of PDP members across the ten local government areas in the senatorial district and to pictorials of events that took place on election day.

“The agents’ testimonies are also included. So basically, we are asking that the election should be nullified and am calling for a fresh election. Again, we are saying that by virtue of non-compliance with the Electoral Act by the PDP, who had no candidate for Akwa Ibom North West Senatorial District, I didn’t do that, it was the PDP that did that; Godswill Akpabio was never a candidate for the election,” he said.

Speaking further, Okori noted that relevant evidence has been attached to his petition which clearly show “that Akpabio was not nominated for Akwa Ibom North-west Senatorial District. It is unfortunate if the petition goes through, he won’t be a candidate to compete with me.

“We have presented before them the Certified True Copies of all the results; we have followed the Electoral Act with regards to filing of petition and the constitution,” he said.