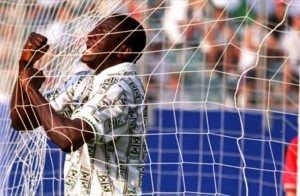 This is a good initiative that our government hardly takes, but I’m glad they did this time.

The Federal Government of Nigeria has named major streets in Abuja after some eminent Nigerians and accomplished Africans, with the soon-to-be inaugurated Inner Southern Expressway, running through Abuja city centre, named after President Goodluck Jonathan.

Another major road in the same district was named after Vice President Namadi Sambo.

Minister of Federal Capital Territory, Senator Bala Mohammed, according to a statement on Monday by his Special Assistant on Media, Mr. Nosike Ogbuenyi, made the announcement during the FCT Executive Committee meeting held at his official residence in Life Camp, Gwarinpa.

The major streets named after the eminent personalities also include Asokoro Extension, Guzape, Wupa, Wuye and Maitama Extension districts as well as expressways and roads.

Aside Jonathan, Atiku and Sambo, other beneficiaries include:

Other prominent personalities honored with streets in Asokoro district: