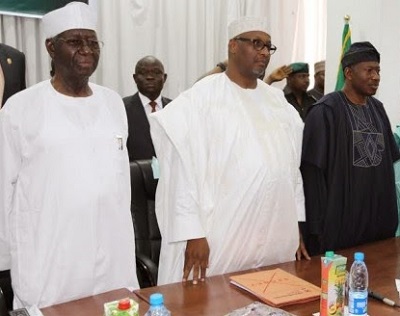 A former governorship aspirant of the Peoples Democratic Party in Adamawa State, Dr. Umar Ardo, has called for the resignation of the party’s leaders at the national level.

In a statement on Tuesday, Ardo described as disastrous, the party’s outing at the just-concluded general elections, which saw the PDP not only lose the presidential election, but also saw it lose grip of its majority in both chambers of the National Assembly. The party has also lost its numerical strength in the number of states under its control.

He said, “Against the backdrop of the disastrous performance of the PDP in the 2015 general elections, both at the national and state levels, it is my view that the PDP national leadership must take full responsibility and consequently resign their offices forthwith, if the party is to reposition itself and recapture power in the nearest future.

“Although the candidacy of (President-elect, Gen. Muhammadu) Buhari was seemingly unassailable in the circumstances of the 2015 national politics, it is clear to all discerning pundits that the actions, inactions and choices of the party’s national leaderships were mainly responsible for the creation of these unfavourable political circumstances.

“To this extent, the party leaderships can be said to be mainly responsible for the party’s defeat. To this end, therefore, I call upon all members of the National Working Committee and the leadership of the Board of Trustees to honourably resign their offices”.

Ardo, who had earlier challenged President Goodluck Jonathan’s eligibility to seek re-election, said the president, as the leader of the party, should appoint an interim committee comprising distinguished members with a high degree of honesty, integrity and justice and with good knowledge and understanding of Nigeria’s politics and history.

According to him, the interim committee would run the party for at least three months to conduct free, fair and credible elections that would usher in responsible and credible party leaderships across the country.