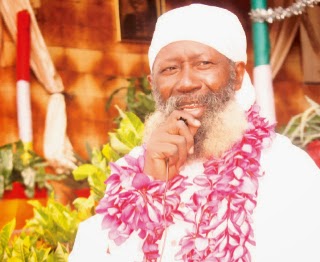 Sat Guru Maharaj Ji, founder of One Love Family, has called on the President-elect, Gen. Mohamadu Buhari, and governors-elect, to make the welfare of Nigerian workers their priorities.

Maharaj Ji gave the advice during the 28th Anniversary of the establishment of his Maharaj Ji Village in Ibadan on Saturday.

He said the advice became necessary in order to increase the productivity of the workers and move the country forward.

According to him, civil servants should not be subjected to hardship before their salaries are paid to them.

The founder of One Love Family said civil servants had contributed a lot to the development of the country in one way or the other.

“The pensioners too should be paid their entitlements when due because they served the country before their retirement.

“Some pensioners have died of hunger because their entitlements are not paid in time.

“If the incoming administration can tackle this, it would make Buhari and governors-elect to make history where others Nigerian leaders had failed”, he said.

“Project allocation and execution should be equally distributed so that every citizen could benefit from the dividends of democracy.

“No section of the country should be singled out for development at the detriment of the others.

“Employment and appointment opportunities must be on merit and be equitably distributed”, Maharajji added.

He stressed that the president-elect should ensure that elections at the local government level were held in line with provisions of the Constitution.

The religious leader said the president-elect should tackle the problem of Fulani herdsmen across the country.

Maharaj Ji said he was ready to provide solution to Nigeria’s spiritual problem if invited to do so. (NAN)