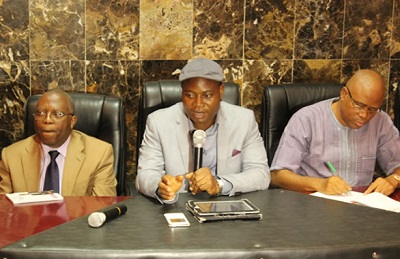 The Ondo Government has banned the production and consumption of locally-made gin, commonly called ‘ogogoro’ in the state.

The state Commissioner for Health, Dayo Akinyanju, announced this at a news conference in Akure on Saturday.

The commissioner attributed the ban to the outbreak of an unknown disease two weeks ago in Irele Local Government Area of the state.

“Our clinical analysis reveals the fact that there were no known viruses, while toxicology reports have confirmed our prime suspicion of methanol poisoning.

“We have reviewed our strategies and embarked on sensitisation to let people know that locally-made gin is prohibited.

“We will also embark on searches because this batch of methanol-containing gin must have gone round because four cases: two alive and two dead have been found in Odigbo Local Government Area”, he said.

Mr. Akinyanju said stakeholders such as religious leaders, transporters, youths, market women, and the relevant association would be informed of the development.

According to the commissioner, the unknown disease has so far claimed 23 lives with 10 other people receiving treatment.

“Two of them have regained their sights and are back home.

“We appeal to the general public to desist from drinking the gin until we are able to identify the source of contamination or find out how the methanol got into the drinks”, he said.

The commissioner said that the state government was working closely with the National Agency for Food, Drug Administration and Control and the National Orientation Agency to sensitise members of the public to the dangers of consuming such drinks.