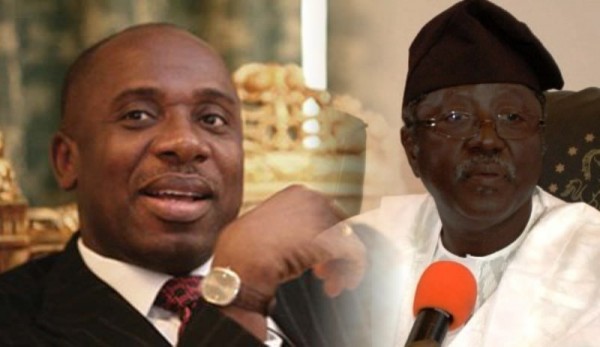 The Nigeria Governors Forum, which has been polarized since May 2013, may finally be unified before the May 29 hand over date, if reports we are monitoring are anything to go by.

The NGF broke into two factions following a dispute over who the authentic chairman of the Forum is between Governor Rotimi Amaechi of Rivers State and Governor Jonah Jang of Plateau State.

Indications, however, emerged at the weekend that the two factional leaders have agreed to meet along with their colleagues tomorrow in Abuja.

Confirming that the two factions would be meeting to sort out their differences, the Director General of the NGF before the splinter, Asishana Okauru, told THISDAY that Amaechi and Jang met at the last Council of State meeting and agreed that a meeting of the forum be called at a neutral venue on Monday.

“Yes, a meeting of the governors will hold on Monday at the Transcorp Hilton Hotel where all issues would be resolved”, Okauru said.

Speaking in a separate interview with PREMIUM TIMES on Sunday, Mr. Okauru also said the major agenda of the meeting would be to look at the activities of the forum over time, saying, “We have not really met as one since May 2013”.

He said Mr. Amaechi would be the one giving the updates to his colleagues.

“We would also try to explore the possibility of getting new leaders”, the DG added.