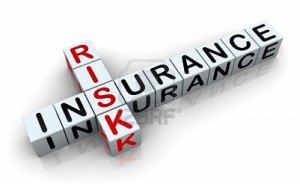 Although, Nigeria is currently winning the war against terror group Boko Haram and the activities of the militants seem to be dwindling but the Lagos State Government is taking no chances. It has insured the Lekki-Ikoyi Link Bridge, roads and other important state-owned infrastructures for N133 billion against terrorists attack and natural disasters.

“Strategic assets such as bridges, drainage channels and roads are now specifically insured against natural disasters and terrorist attacks, amongst others,” Commissioner for Finance, Ayo Gbeleyi said while speaking on the financial activities of the state government in the last one year.

“This action is for the benefit of the residents of Lagos State. This is under the special risk cover against disaster and terrorism. The premium is N247 million for the year and that insures an asset of about N133 billion of the state,” he added.

A breakdown of the insured infrastructures revealed that the cable bridge, Lekki-Ikoyi Link Bridge, was insured for N35 billion.

“You need to remember that in insurance, we tried to cover the replacement cost. Often times, we aren’t dealing with the historical cost of construction (N29 billion).

“We are looking at, God forbids, if we have a situation with the bridge. How much will it cost to reinstate it? And that is the figure that I have given you as the insured value of the Lekki-Ikoyi Link Bridge,” he said.

He noted that the development was part of the restructured and optimised Insurance Risk programme of the state which in scope serve as cover for critical assets and staffs of the state.

“On April first, Fitch rating agency slightly reduced the state’s rating in terms of outlook from BB minus stable it was until March 31st, 2015 to BB minus negative.