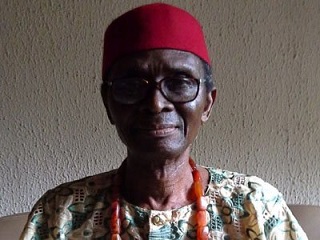 In a condolence message in Abuja on Tuesday, the president-elect said that the younger Azikiwe lived a humane life that possessed virtues of his father, which qualified him for his traditional title, “Owelle of Onitsha”.

According to Buhari, a gentleman bred in the best African values and traditions had departed the world to the great beyond.

“With the demise of Chukwuma Azikiwe, a gentleman has left a turbulent world”, he said.

“Ambassador Azikiwe was a thorough–bred Nigerian citizen, who chose a private life after a distinguished diplomatic career in Nigeria’s Foreign Service. There is no doubt that it was Ambassador Azikiwe’s humane and refined qualities that made it possible for him to step into the big traditional shoes of his great father – Dr Nnamdi Azikiwe as the Owelle of Onitsha”, Buhari added.

The president-elect said with the demise of the Owelle, he had lost a friend who cared for him and often found the time to visit at home in Kaduna.