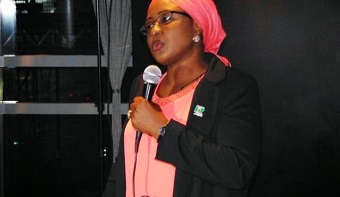 The incoming First Lady, Hajia Aisha Buhari, has lent her voice to the campaign against child brides in the country, saying no girl should be married before age 17.

According to her, a girl, who is between the age of 18 to 20 years is better placed to be married and conceive than those who are 17 and below.

The wife of the president-elect made this view known on the side-line of the Global Women Conference in Buenos Aires, Argentina shortly after her presentation on the danger women and girl child contend with daily.

She also pushed for legislation against early marriage.

“We have heard so much from the Ministers of Women affairs from different countries. We are trying to tally it with what is happening in Nigeria, to find out how we are lacking and in which aspect of women affairs that we are lacking and the ones that we have gone ahead. I think so far it’s quite encouraging. We just need to put everything in practice than being in theory”, she said.

Mrs. Buhari counseled that government must insist on every girl child attending basic primary and secondary school education before getting married.

“I think nobody, no girl should be married before the age of 17 because if you really attend secondary school, you will have to be like 16 and 17 and I think by the time you are 18-20, its quite a moderate time of having a child”, she opined.