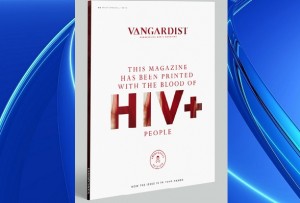 According to Odd News Blog, the Vangardist magazine, which is printed in Austria, said that they wanted to bring attention to the “stigma and irrational fears of HIV positive people.”