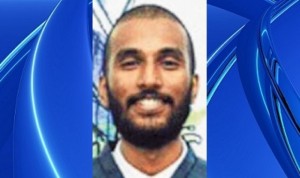 A college student died as he was trying to take the perfect selfie on the edge of a mountain overlooking the ocean, police in Indonesia said. Bali Police said that 21-year-old Mohamed Aslam Bin Shahul of Singapore, died after falling off a cliff and into the ocean while trying to take a selfie on the Nusa Lembongan Island.

According to Odd News Blog, Shahul, a college student, fell from a height of six feet while vacationing with eight friends on Thursday afternoon.

His friends told investigators that Shahul was suddenly hit by a tall wave that knocked him off his feet and into the ocean while he was taking a photograph.

He could not swim. Shahul’s body was found 15 feet below the water surface. He was taken to a nearby medical clinic, where he was declared dead.