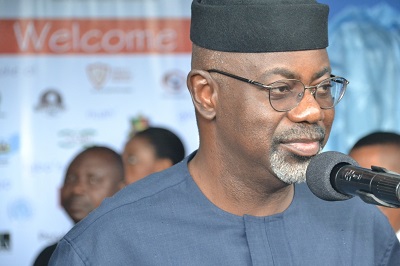 Governor Liyel Imoke of Cross River State has denied media speculations that he is angling to replace Alhaji Adamu Mu’azu as National Chairman of the Peoples Democratic Party.

Following the crisis of confidence in the Mu’azu-led National Working Committee of the PDP following the party’s disastrous outing in the last general elections, some members of the party had penciled Imoke to take-over as chairman to enable him reposition the party towards the 2019 elections.

Reacting to the speculations while speaking with journalists at the Margaret Ekpo International Airport, Calabar on Friday, Imoke said he would stay away from public office after May 29, 2015 handover and remain a firm member of the party.

He said, “I have been in the public limelight for much longer than 16 years. I intend to step away from the public limelight even though I (will) remain a loyal party member (and) a strong supporter of my party. I will work for my political party to the extent that is necessary but I do not intend to run for any public office”.

When asked what level of confidence he had in the national leadership of the PDP led by Mu’azu after the 2015 elections, Imoke said, “The party faced a defeat; a major defeat that will obviously have some consequences and impacts.

“On May 29, the President will be handing over and there is need to rebuild the party. We should not allow the party to disintegrate; some sacrifices may have to be made for the greater good of rebuilding the party”, the governor said.

Speaking specifically on reports that he was positioning himself as the next chairman of the PDP, the former power minister said he never made such a move.