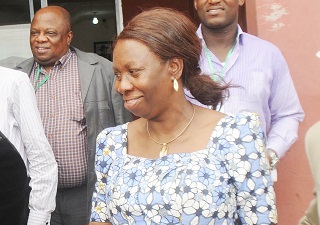 The Independent National Electoral Commission’s Resident Electoral Commissioner in Rivers State, Gesila Khan, has denied allegation by the All Progressives Congress that she was frustrating the party from accessing materials used during the April 11 governorship and house of assembly election in the state.

You may recall that the Rivers APC Chairman, Dr. Davies Ikanya, had raised the alarm that the party was finding it difficult to get access to election materials in the custody of INEC, adding that the materials were to be presented to the election petition tribunal.

Dismissing the allegation, Khan said in a statement on Friday that the commission did not stop the party from gaining access to the materials.

Describing the state APC’s claim as spurious, the REC pointed out that the applications from the APC and other political parties were still being processed as of the time of refuting the allegation.

She said, “An application for certified true copy of forms EC8C, EC8C (1) and EC40G for the governorship and House of Assembly elections for the 23 local government areas dated April 12, 2015, was received by the INEC Rivers State, the same day.

“INEC Rivers records (copy attached) shows that representative of APC Rivers State and other political parties that applied commenced the collection of the requested documents from April 16, 2015 up to April 29, 2015.

“A second application for certified true copy of forms and electoral documents for the governorship and House of Assembly for the 23 local government areas in Rivers State dated April 20, 2015, was received at 3:40pm on April 28, 2015”.

Mrs. Khan said all applications by APC were still undergoing internal process, which involved retrievals and photocopying of thousands of copies to make them available to the party and others that applied for them.