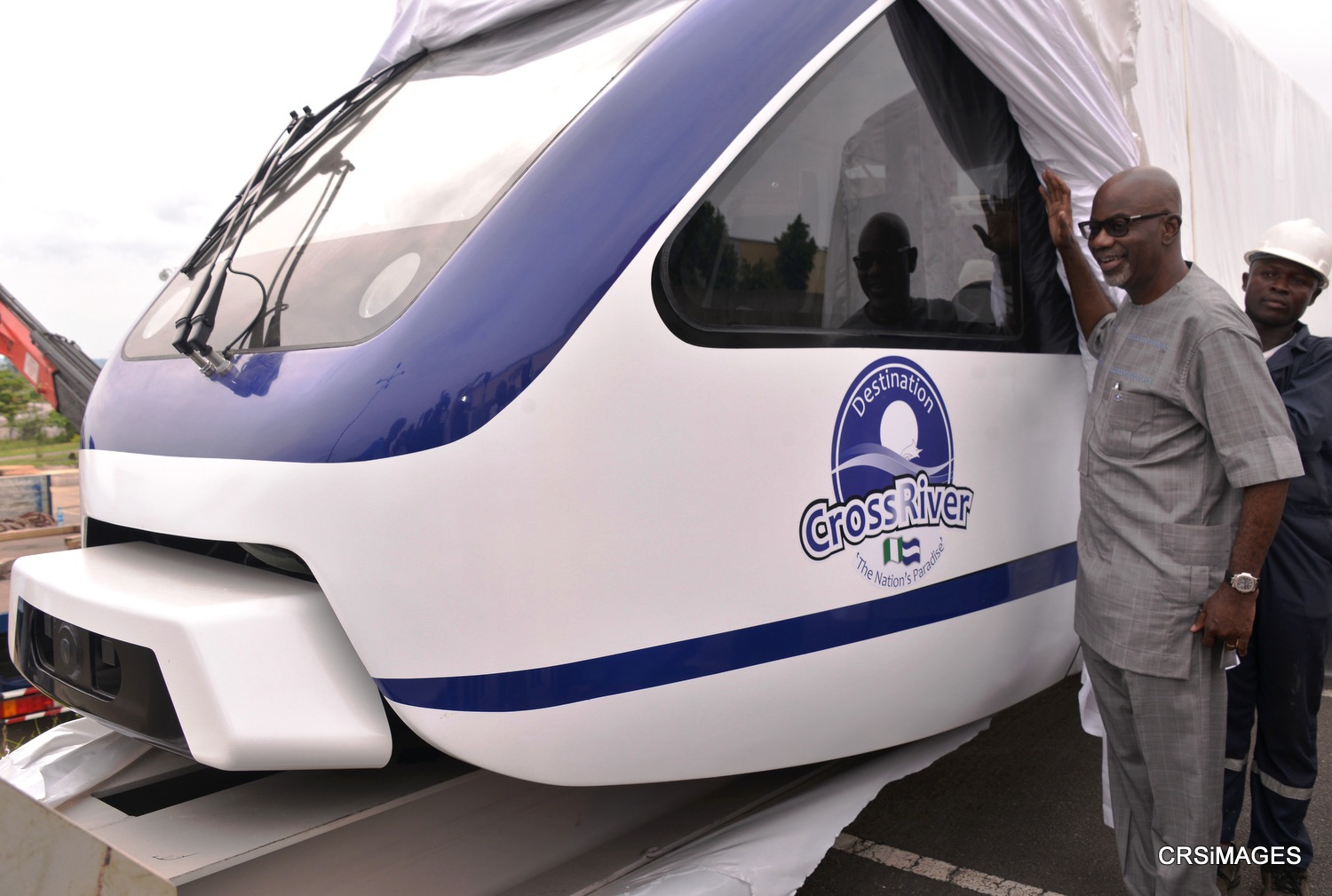 Imoke said it was gratifying to see that the monorail project, which was planned for the state years ago, had been finally delivered and in a matter of weeks, it ‎would link the Summit Hills and Tinapa, thus bringing the business and leisure resort closer to Calabar metropolis.

“The monorail line is a project that has been in the books of Cross River State for many years. So it is very gratifying for us to see that the trains are finally delivered to site and work is going on. In a couple of weeks, we will have this train running linking Tinapa to the city of Calabar and berthing at Calabar International Convention Centre.

“This is a realisation of a dream and an indication of growth and economic expansion, particularly in the area of tourism, which the state is known for. This is growth for business and leisure, which should be appreciated by the people,” the Guardian Nigeria quoted him to have said.