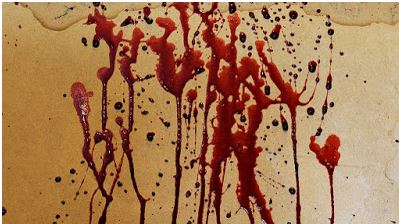 A mysterious red liquid was oozing down the walls of a family’s home in the Fairfax Apartment Complex in Midwest City, Oklahoma.

And it kept coming. “I got a sponge, and I wiped it,” Kennedy the owner of the apartment said. “Soon as I wiped it, it started coming down again.”

Kennedy called the police, who recognized the walls were dripping blood. They went upstairs and discovered the corpse of a neighbor who had reportedly fallen and cracked his head.

The county medical examiner ruled the neighbor had died of natural causes and the police declared the case closed. A biohazard team stripped out the contaminated ceiling and walls and the Kennedy family was relocated to a different apartment in the complex.

Share
Facebook
Twitter
WhatsApp
Previous articleUNN Student Who Trekked In Honour Of Enugu Governor Turned Back At Enugu Govt House
Next articleNFL Star Reveals: My Club Fines Me For Farting During Meetings
- Advertisement -