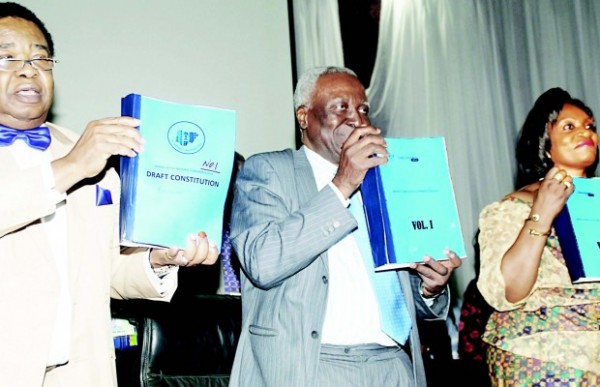 Bishop of the Calabar Diocese of Anglican Communion, Tunde Adeleye, on Sunday pleaded with President Muhammadu Buhari not to discard the report of the National Conference conducted during the administration of former President Goodluck Jonathan.

His plea came just as he urged Nigerians to continue to pray for the president in order to defeat the Boko Haram insurgency.

The cleric stated this in Calabar, the Cross River State during a news conference on the state of the nation.

Adeleye advised the Buhari administration to look into the report of the last National Conference and implement the areas that are beneficial to the masses.

He said, “I advise the government not to throw away all the contents of the report but to study it carefully and implement those clauses that will impact well on the well-being of Nigerians”.

According to the cleric, the confab was the only time that Nigerians truly came together to discuss about the affairs of the country.

“It was the first time I saw Nigerians coming together as a people to discuss and agree on the way forward. Therefore, we should not throw away all their recommendations. The government should look at it thoroughly and implement those aspects that will uplift the Nigerian people.

“The President needs the prayers of everybody. Everybody must pray because the issue of Boko Haram insurgency is becoming spiritual”, Adeleye said.

He also commended President Buhari for his effort in drawing more international support for the fight against Boko Haram, adding that Nigeria could not do it alone.

The cleric described the resurgence of the sect’s activities in parts of the country as a big problem for the new administration.

He, however, said that the president had started on a sound footing by seeking more collaborative efforts from the International Community to tackle the menace head-on.