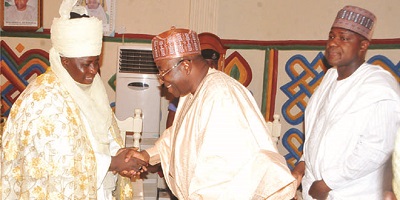 The Emir of Bauchi, Alhaji Rilwan Sulaiman, has prayed for the quick release of the Chibok girls.

The emir made the statement during a courtesy call on him by the Speaker of the National Assembly, Mr Yakubu Dogara.

Sulaiman said that the insecurity had shattered the development of the North-East region of the country.

He said that Dogara as the chosen leader of the House of Representatives should do all he could to assist in the release of the girls.

Earlier, Dogara told the emir that he was part of the congregation that advised the then Federal Government on the issue of constitutional amendment that would provide for a role for the traditional rulers.

He said although the proposed amendment submitted was not endorsed by the immediate-past administration, the House would dust the proposal and re-submit it to the present government.

“As parliamentarians, we are aware of the agitation by traditional rulers to demand for constitutional role.

“At the last constitutional amendment, we did find some roles for our traditional rulers.

“Unfortunately, when we were done with that exercise, it was transmitted to the president for his assent the matter went to court and the assent was not given.

“The National Assembly will dust it and ensure that it goes to Mr President for his assent”, he said.
Gov. Mohammed Abubakar of Bauchi and some executive members of All Progressives Congress (APC) accompanied him. 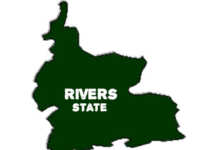