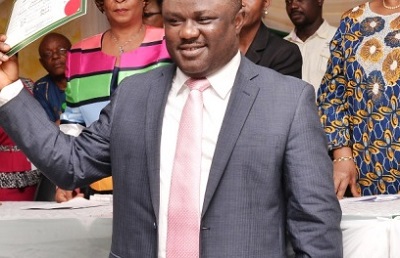 Erokoro, who is Ayade’s lawyer in the suit, also charged the media to be mindful of how they report the matter since it is still before the court.

He also accused Mr. Agi of subjecting the governor to a media trial, and in the process, distorting the facts of the case.

According to the learned silk, “Any suggestions that Prof Ben Ayade forged his age declaration is ridiculous. The governor’s age declaration, which he submitted to both his party and INEC, carries his correct date of birth, 2nd March, 1968.

Erokoro further claimed that “Mr Joseph Agi SAN is not in court about a forged age declaration. He is trying to capitalise on a simple error made by the governor’s special assistant on his nomination form, by writing 1969 instead of 1968. Neither date makes a difference to Prof Ayade’s qualification for the office of governor”.

“Both PDP and INEC saw it as a trivial error, especially as his age declaration attached to the form showed his correct age. Mr Agi is however, bent on feeding distorted facts to a section of the media in order to scandalise the governor”, the SAN said.

Mr. Erokoro, therefore, appealed to the media to get their information from the correct source, “in this case, the records of the court”.