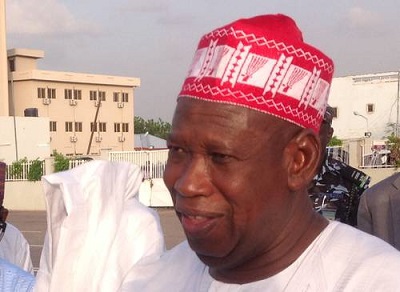 The Kano State Government has vowed to deal with drug users and traffickers in the state.

The Governor, Abdullahi Ganduje, made the vow when the state’s Multi-Agency Task Force on Drug Abuse and Trafficking paid him a courtesy call at the Government House on Saturday.

“Therefore, because it touches humanity, its touches everybody. We have to follow legal procedure to deal with anybody found in this business, there is no exception whatsoever”, Mr. Ganduje warned.

He stressed that whatever the committee needed in term of logistics would be provided.

Mr. Ganduje also said his government would meet with pharmaceutical stores in the state to find out bad eggs among them who encouraged and benefited from hard drug use, noting that more strategies have to be devised to nip the problem in the bud.

Earlier, Chairman of the task force and Kano Commandant of the NDLEA, Ahmad Garba, said since the committee was inaugurated in 2012, the state’s contribution to drug abuse and trafficking in Nigeria was reduced from over 14 per cent to 6 per cent.

Mr. Garba noted that the dislodgement of black spots in Kano and the establishment of the Reformatory Institute, Kiru, have assisted in curtailing drug abuse in the state.