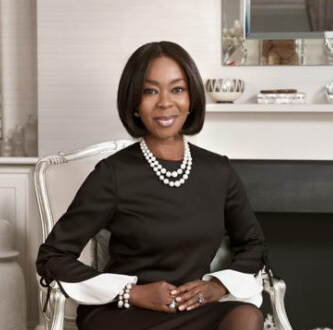 Mrs. Toyin Saraki, wife of the Senate President, Dr. Bukola Saraki, has said she will respond to an invitation by the Economic and Financial Crimes Commission, EFCC, and assist it with its inquiries over corruption allegations against her.

The former Kwara State first lady confirmed Wednesday that she had been summoned by the commission, but denied knowing the motive of the invitation.

We had reported on Wednesday, citing PREMIUM TIMES that the anti-graft agency was moving against Mrs. Saraki and Zainabu Yar’adua-Dakingari, the daughter of former President Umaru Yar’Adua and wife of immediate past Governor of Kebbi State, Saidu Dakingari, over alleged corruption.

Mrs Saraki, it was learnt, was invited by the EFCC in relation to questionable inflow of funds into companies where she has interests, when her husband was the Governor of Kwara State.

She is expected to report at the Commission’s headquarters in Abuja on July 28, 2015; where a crack team of investigators have already been assembled to grill her.

A statement by Akeem Olagoke, the private secretary to Mrs Saraki, confirmed the invitation extended to her by the EFCC.

“Her Excellency, Mrs Toyin Saraki, Founder of Wellbeing Foundation Africa and wife of the Senate President has been informed by her office that a letter of invitation was delivered to her office, by and from the EFCC”, Mr. Olagoke said.

He added: “She has directed an immediate and formal response, to the EFCC, that she will be delighted to assist them with any lawful enquiries they may have, as a law abiding, transparent and accountable private citizen”.

Olagoke noted that Mrs Saraki has further confirmed an appointment date to honour the EFCC’s invitation at a mutually agreed convenience.