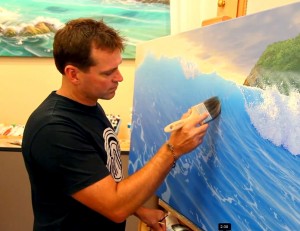 Icelandic artist, Snorri Asmundsson recently made news headlines for a very bizarre request – he’s asking dying people to donate their corpses for his latest art project. He apparently plans to use corpse in a dance video, promising to return them to their families once he’s done. Oddity Central has more:

Snorri first came up with the idea in 2008 – he received media attention back then for putting up a Facebook ad asking for people on their deathbeds to get in touch with him. “Looking for dead bodies in the name of art,” his ad read. “I need a few corpses for a video installation.

If you are dying I would like to borrow your remains after you die. The bodies will be returned to the undertaker in the same condition.” Unfortunately he lost financing for the project due to the financial crisis.

But now he is at it again, looking for people on their deathbeds willing to donate their corpses for art. Some people did point out that he could have done it sooner by purchasing a few corpses from Mexico or China, but he said that he wanted to be ethical and responsible by using bodies from his home country. “I’m not a sociopath, I want to do this art project in collaboration with the deceased person with respect to them and their family,” he insisted.