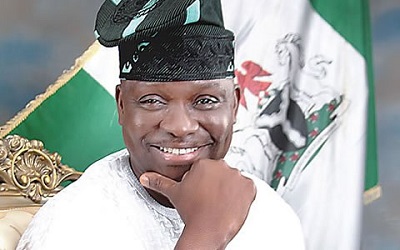 Governor Ayodele Fayose of Ekiti State has rejected the notion that the N413.7billion shared from the Nigeria Liquefied Natural Gas, NLNG funds by the three tiers of government was a Federal Government bailout to states.

Speaking in Ado-Ekiti, the state capital on Tuesday, Fayose explained that the N2.1billion allocated to Ekiti State from the $2.1billion fund was a legitimate earning and not a bailout from the Federal Government as being erroneously claimed in some quarters.

The governor further said the N2.1 billion was part of the statutory earning due to Ekiti as one of the federating units in the country, therefore, it is false to insinuate that it was a federal government bailout to assist states offset salary arrears.

Mr. Fayose said the clarification was necessary as result of the reports that listed the state among those that got a bailout from the Federal Government.

According to him, the N2.1billion could not even pay the state’s N2.6billion wage bill for June.

“For the N2.1 billion that is to be given to Ekiti, I want to make sure that I do not leave any gap,” he said. “Our wage bill is about N2.6 billion. I will find means to add to it to pay June salary within the next one week”.

The governor also pointed out that since assuming office last year October, his administration had not borrowed money and assured that he would not renege on his pledge to see the people live a meaningful life.