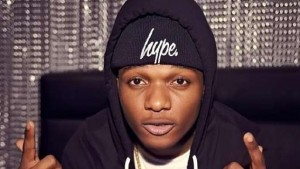 It’s either Wizkid couldn’t fully recover his hacked Twitter account or he has plans to change his stage name.

The ‘Ojuelegba’ hit-maker took to his Twitter in the early hours of July 29 to reveal to his 1.6 million fans that his new Twitter name is coming soon.

Its no surprise that many fans have wondered in the past if Wizkid will still maintain his stage name when he grows older but is he now confirming that he is actually considering it.