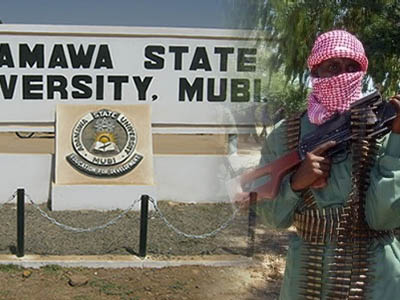 The authorities of Adamawa State University, Mubi, have recruited 80 hunters to ensure the security of the university community.

The News Agency of Nigeria reported that the university’s Vice Chancellor, Prof Joshua Shall, disclosed this to newsmen in Mubi on Thursday, just as the institution resumes academic activities.

Shall said that the institution was aware of the complementary role played by the vigilante groups and the hunters when the military recaptured Mubi town after it was overrun by insurgents in October 2014.

This, he said, informed the decision of the university to recruit the hunters to boost security in the institution.

Shall, who said that 95 per cent of the students had resumed for classes, stated that the institution lost 11 members of staff and three students, while property worth N5bn were destroyed by the insurgents.

“They (insurgents) broke into all offices, staff quarters, hostels, laboratories, stores and looted property”, he said.

The vice chancellor said that the school managed to reopen following the intervention of the Tertiary Education Trust Fund, which he said, supported the institution with N250m.

He said that TETFund also approved a substantial amount of money for the institution which his management was now trying to access to sustain the ongoing rehabilitation work in the university.

While lauding TETFund for the support, Shall also commended the national body of Academic Staff Union of Universities, for donating N21m to its members in the university.

He said the university had also compiled the lists of damages incurred by its wrkers and submitted same to the Victims Support Fund, for possible assistance.

“We hope that when the fund commence rendering assistance to victims of insurgency, we will be remembered”, Shall said.