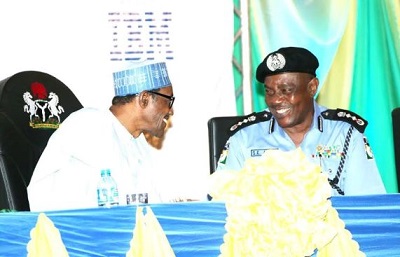 Inspector-General of Police (I-G), Mr Solomon Arase, on Monday called for adequate funding of the Nigeria Police to ensure operational efficiency.
Arase made the call at National Security Conference on: Community Partnership Approach to Internal Security and Crime Management organised by Police and Sun newspapers, in Abuja.
He said it was only through adequate funding that the huge logistic demand of the police can be met.
Arase noted that modern policing was a cost-intensive venture of which the benefits far outweigh the value of budgetary investment.
“Through effective funding, the welfare of police personnel will be met and the challenge of corruption that has eroded professionalism and public respect for police will be addressed”, he said.
He called for the resuscitation and passage of the Bill on Police Trust Fund pending before the National Assembly to give effect to public-police partnership.
The bill seeks to tax corporate entities to complement the Federal Government in funding the police.
Arase maintained that if passed, the funding challenges of the police would have been addressed on a sustainable basis.
He said the security challenges in the country and inadequate manpower would be best addressed through citizens-driven policing model.
“This model will address the manpower deficiency challenge in the Nigeria Police as every citizen plays the role of police officer”, he said.
In a key note address, the Sultan of Sokoto, Alhaji Sa’ad Abubakar, advised President Muhammadu Buhari to prosecute all those found guilty of corruption.
“All found culpable of corruption should not only forfeit their assets but should go to jail. We are 100 per cent in support of your fight against corruption in the country”, he said.
He called on the police and other security agencies to join in the crusade against corruption.
Abubakar said the police needed to be repositioned for the 21st-century and to have their welfare reviewed.
According to him, the traditional rulers had played vital roles in maintaining security in their various communities.
He urged all Nigerians to close ranks with the police to ensure adequate security in the country.
Chairman of the Police Service Commission, Mr Mike Okiro, said Nigerians were yearning for solutions to the security challenges in the country.
He said the conference should come up with suggestions to address the challenges.
Present at the conference were traditional rulers, members of civil society organisations and security experts.
The high point of the occasion was the unveiling of A Guide to Personal Security, a handbook by President Buhari.