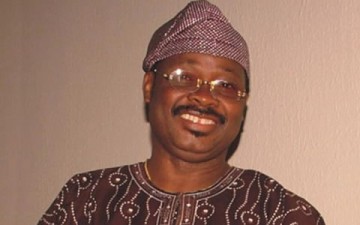 Oyo State, like several other states in the country, is broke. The state has, therefore, started taking measures to reduce government spending.

According to Mr Soji Eniade, the State Head of Service, the Oyo State Government would no longer pay the West African Examinations Council (WAEC) registration fees for students. From the 2015/2016 Academic Session, students would pay annual Education Development Levy of N3,000, he announced in a statement issued on Wednesday in Ibadan.

“This is as a result of poor financial status of the state government, coupled with the lackadaisical attitude of parents and students to the promotion of quality education,” the statement read.

“Apart from this, the government also introduced payment of N3,000 by all students on annual basis as Education Development Levy.

“The payment will be made in three equal installments of N1, 000 per term; the fund gathered will be utilized to complement government’s effort to improve infrastructure in public secondary schools.”

In a similar move aimed at cutting government spending, the state has also stopped sponsorship of indigenes on pilgrimage. Alhaji Abdulkarim Adeleke, the Oyo State Pilgrims Welfare Board (Muslim wing) Secretary, said on Thursday that the government was not sponsoring any pilgrim for the 2015 Hajj.

“Out of the 1,241 pilgrims assigned to Oyo State by the National Hajj Commission (NAHCO) for 2015 Hajj, none of the intending pilgrims was sponsored by government,” he explained.

“The intending pilgrims for Hajj 2015 are mostly self-sponsored.” He said that more than 1,100 pilgrims would perform the Hajj through the Oyo State Camp, adding that processing of their visas had reached advanced stage. “The first batch of pilgrims numbering about 540 will take off on Aug. 25 from the Murtala Mohammed International Airport, Lagos.

“The second batch of 540 pilgrims will leave for Saudi Arabia on Aug. 26 from the Lagos Airport while the rest will leave by Aug. 28.”