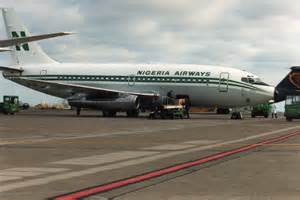 President Muhammadu Buhari has ordered the takeover of the security of Nigeria’s airspace over the Gulf of Guinea from Ghana. (his will make it the first time in 70 years that the country will be managing its airspace.

“We have a directive by the president to start the process of securing the management of Nigerian airspace over the Gulf of Guinea, which Ghana has been maintaining since 1945 and there is a move on the ground by Togo and Republic of Benin to take over the management of their own airspace from Ghana,” Permanent Secretary, Ministry of Aviattion, Mrs Binta Bello, told journalists at the Presidential Villa on Wednesday.

She assured Nigerians and the international community that the country’s airspace was safe and had just recorded a score of over 90 percent by the International Civil Aviation Organisation (ICAO).

Bello spoke to journalists after aviation ministry officials took turns to brief the president on the activities of the ministry.

President Buhari also directed the Ministry of Aviation to expedite action on the setting up of a new national carrier.

Nigeria’s last national carrier – Nigeria Airways Limited – which was set up in 1958, went under in 2003 before it was liquidated by the Bureau of Public Enterprises (BPE) in 2006.

“The president has directed the ministry to look into the possibility of having a national carrier as soon as possible,” she said.

Bello said the president was also briefed on the four state-of-the-art terminals being constructed in Lagos, Kano, Port Harcourt and Enugu with a loan from China, which would be ready by the first quarter of 2016.