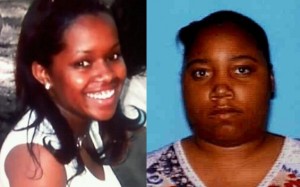 A woman was arrested on a charge of murder after killing her lesbian lover and then framing the victim’s boyfriend for the murder, police in California said. Now, 31-year-old Larene Eleanor Austin of Palmdale, has been sentenced to serve life in prison for killing 29-year-old Lanell Barsock, because she wanted to focus on the relationship with her boyfriend.

According to WWWN, Austin was found guilty on one count of first-degree murder. According to the police investigation, Austin had a brief romantic relationship with Barsock. Austin killed Barsock, by shooting her in the head after the victim ended the relationship to focus on her boyfriend.

Austin then attempted to frame the victim’s boyfriend for the killing, going as far as forging a letter in which the victim broke up with the boyfriend and presenting it to police. Austin fled the country once officials cleared the man of any involvement in the killing. Austin was arrested in Belize, before being extradited to California.