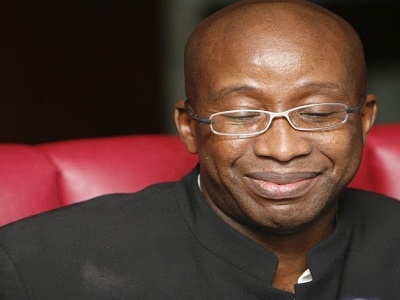 The Special Adviser on Trade and Investment Promotion to Governor Nasir El-Rufai of Kaduna State, Mr. Jimmy Adebisi Lawal, has responded to the series of damaging allegations against him, which many say do not make him fit to hold a public office.

Only last week, a group, the Centrum Initiative For Development and Fundamental Rights Initiative (CEDRA), gave the governor, two days’ ultimatum to fire Lawal or face mass protest.
The ultimatum has since expired.

The Chairman of CEDRA, Dr. John Danfulani, a Political Science lecturer at the Kaduna State University, KASU who addressed a Press Conference in Kaduna on the issue said, “as long as Mr. Lawal is in the loop, the government of El-Rufa’i will continue to suffer moral deficiency and lack of trust from the people” of the state.

Although, the state government has remained silent on the allegations leveled against the special adviser, Mr. Lawal, has chosen to fight his battles by himself by telling his own side of the story.
He chose the social media to make his case.

According to him: “I was the founder of Alpha Merchant Bank in 1988 and became the MD/CEO at a relatively young age of 29. My then chairman wanted a loan without collateral, which I refused as a professionally qualified banker that would always abide by the rules. The chairman made false allegations against me, which were investigated and found to be false. He also sued me for not being fit to be the MD but I was cleared by the court.

“A couple of years later, Alpha bought a controlling interest in the then Afribank, having competed and won a bid against others. One of the companies that competed against us was owned by General Abacha, who later became Head of State. So, another false allegation (was) made against me and other directors as part of a plan to take over the shares in Afribank.

“I was offered millions of dollars to deny Alpha’s interest in the acquisition, which I refused. Then, came threats to my life, on account of which my parents insisted that I leave Nigeria. So I was in exile for 10 years until 2003.

“As to being wanted in America or anywhere in the world, it is nothing but yet another false allegation. Finally, let me end with yet another prayer: if I have lied in any of the points herein contained, may the Almighty God punish me. If not, may the Almighty Allah continue to bestow His blessings upon me, my family and loyal friends; especially Governor Nasir Ahmad el-Rufai”.