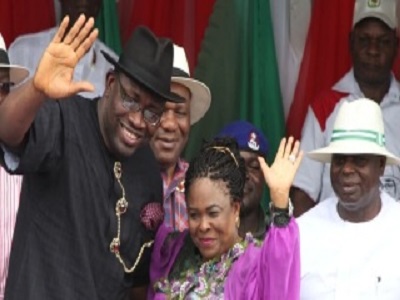 The All Progressives Congress in Bayelsa State on Sunday blasted a former Governor of the state, Chief Diepreye Alamieyeseigha, for insisting at various fora that the Peoples Democratic Party (PDP) is an Ijaw party.
A chieftain of the APC and the party’s Publicity Secretary in Nembe local government area of the state, Mr. Wilfred Ogbotobo, said rather than fanning embers of ethnicity, Alamieyeseigha should tell the people of Bayelsa the concrete achievements of Governor Seriake Dickson and ex-President Goodluck Jonathan to deserve their support again.
He said: “Rather than declaring PDP an Ijaw party, which is a non-issue, former governor Alamieyeseigha should enlighten the people of the state by pinpointing concrete achievements of Jonathan and Dickson to support Dickson’s second term bid”.
Speaking in Yenagoa, the state capital, Ogbotobo said Alamieyeseigha’s statement was a huge mockery to the Ijaw and the PDP, which hitherto had claimed to be the biggest party in Africa.
He said far from being an Ijaw party, PDP was a platform used to impose irresponsible leadership on the Ijaw nation.
“PDP has never been and will never be an Ijaw party. It is a satanic platform that facilitated the emergence of some of the worst political leaders from the Ijaw ethnic nationality in the 21st century.
“And we want to agree with former President Jonathan’s statement that this election is beyond Dickson. In this election, certain mysteries would have to be unlocked. Existing relationships would have to be reassessed. Decisions have to be made. A path has to be strewn on which we can move steadily and assuredly toward our collective destiny.
“Bayelsans should rely on the APC as the PDP has successfully made itself unreliable. Former President Goodluck Jonathan eulogised achievements of Dickson in the areas of infrastructural development and security, payment of workers’ salaries and reduction of the state’s debt profile.
“We sincerely believe that Jonathan sleep-walked to the endorsement rally for Dickson because he could not cite a single worthy project as outstanding testimony to his six years at the Presidency and the four years of Dickson whom he imposed on Bayelsa people”.