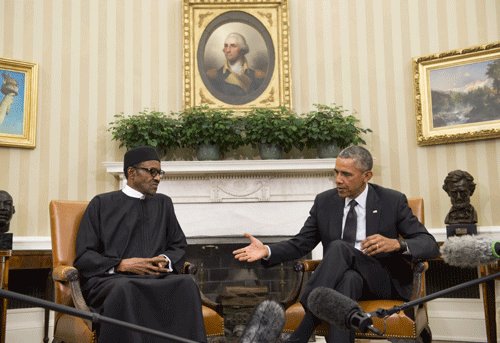 Nigeria on Thursday hailed the decision of the U.S Government to send up to 300 military personnel to Cameroon to help the regional fight against Boko Haram despite having itself requested more direct help from Washington.

The Senior Special Assistant to President Muhammadu Buhari on Media and Publicity, Garba Shehu, said the deployment was a “welcome development” while the Nigerian military said the move was a strong demonstration of the cooperation needed against the Islamists.

U.S President Barack Obama on Thursday, said 90 military personnel had already been sent and the full contingent would conduct intelligence, surveillance and reconnaissance operations. The 300-strong force will however, not engage in direct combat operations.

“The United States has given the pledge to support the fight against Boko Haram in Nigeria and in the region”, Shehu told AFP by telephone.

“This is the fulfilment of that pledge and we are very happy about it. The United States’ move is quite commendable”.

The Defence Headquarters spokesman, Colonel Rabe Abubakar, added: “This is how the fight can be done collectively with partners cooperating with us to fight against a common cause – terrorism, which has been ravaging the region for some time now.

“Fighting terrorism is not one nation’s issue. It requires a global effort. We all need to work together… to fight this evil”.