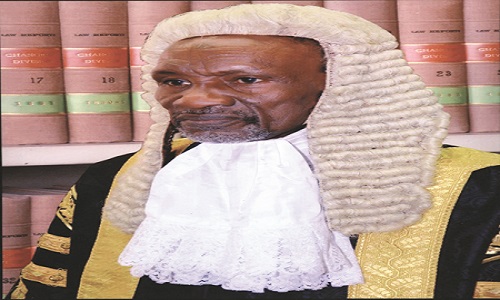 The Chief Justice of Nigeria (CJN), Justice Mahmud Mohammed, has expressed concern over the increasing levels of attacks on the judiciary by politicians and some lawyers, saying it amounted to disparaging the integrity and reputation of the judiciary.

The CJN, in a statement by his media aide, Ahuraka Issah, said “some politically-exposed persons, governors and even lawyers to some litigants averred that verdicts by election tribunals were influenced by money and political pressure”.

Justice Mohammed said it was not enough for those making such allegations to say the judiciary was corrupt and look the other way while thugs beat up judges.

He said the fight against corruption is a collective one, especially among public officials, particularly governors, who are the chief security officers of their states.

The CJN urged governors and public office holders to be sincere in the fight against corruption, noting that action speaks louder than words.

Justice Mohammed noted that where proven allegations of fraud were made against judges and court workers, it would be more productive to report such to the National Judicial Council (NJC), which is the body constitutionally-mandated to look into such matters.

He said the judiciary remained an impartial institution, the last hope of the common man and the blind dispenser of justice without fear or favour, affection or ill-will.