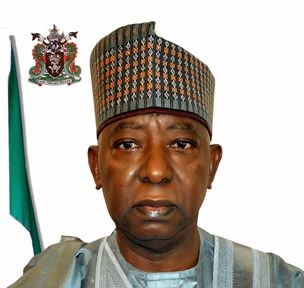 The Emir of Kano, Alhaji Muhammadu Sanusi II, has removed Alhaji Sanusi Ado Bayero, the eldest son of the late Emir of Kano, as the Ciroman Kano and District Head of Gwale.

In his stead, the emir appointed Bayero’s younger brother, Alhaji Nasiru Ado Bayero, to the position.

The elder Bayero was said to have had a running battle with Sanusi following his emergence as Emir of Kano.

A statement yesterday in Kano by the Galadiman Kano, Alhaji Abbas Sanusi, said Sanusi Ado Bayero was stripped of the title because of his alleged refusal to pay homage to the emir, as stipulated by Sharia.

Ciroman Kano is the title of a prominent member of the Kano Emirate Council, who is traditionally a close ally of the emir.

The statement reads: “It was the provision of the Sharia law and custom that had compelled every member of the Kano Emirate Council to be loyal to the new king, following the demise of the former monarch… God, in His infinite wisdom, gives power to whom He wishes and takes it away from anyone He so wishes”.

The statement noted that paying homage to a king was an obligation that every traditional title holder had complied with for centuries.

It said the tradition was mandatory for any disloyal traditional title holder to either abdicate his title or allow the emir to appoint a loyal person of his choice.

The statement said: “As you are all aware, since the demise of the late emir and the appointment of his successor on June 8, 2014, all traditional title holders, including District Heads and others, had cringed to pay their respects and homage to Alhaji Muhammadu Sanusi II as the new emir, with the exception of the sacked Ciroman Kano.

“It is in view of this development that His Royal Highness, the Emir of Kano, Alhaji Muhammadu Sanusi II, took the decision to confirm the appointment of Alhaji Nasiru Ado Bayero as the new Ciroman Kano”.