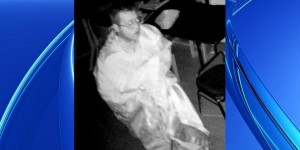 Police are looking to arrest a man on a charge of trespassing after being seen stripping in a church and pleasuring himself while sitting on the altar, police in Massachusetts said. Cambridge police said that the incident was recorded on the church’s surveillance cameras on Tuesday.

The video, which was handed over to the police, shows the man breaking into the church, walking around dressed as a priest and committing a lewd act on the altar around 3:00 a.m. The man also spilled soda and wine on the floor. Priest Alexander Vlajkovic of the St. Sava Serbian Church, uncovered the crime and notified the police.

The St. Sava Serbian Church said that as a result of the incident, it will now keep all doors closed in between services.