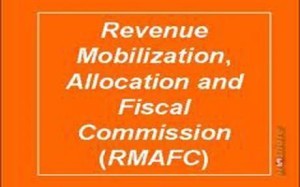 Imo State Governor, Rochas Okorocha has told the chairman and members of the Revenue Mobilization and Fiscal Commission (RMAFC) to, as a matter of urgency, review downward the salaries and allowances of the President, Governors, National Assembly members, and all other political office holders both elected and appointed, by at least 50 percent, so as to make the offices less attractive and check the excesses that go with the fat payments for such offices.

“When the salaries and allowances of public office holders whether elected or appointed are reviewed downward at least by fifty percent or even more than that, it would make the offices less attractive and with that, only those who want these offices for service would go for them,” the governor said, Wednesday, during a breakfast meeting with the chairman of RMAFC Engr. Elias Mbam, and other members of the commission at the Government House, Owerri.

“If one knows that at the end of the month your total pay as governor or national Assembly member would be less than five hundred thousand Naira, most people would stay away. And only those with ideas and the genuine spirit of service would aspire for such offices,” he explained.

Speaking further, Okorocha said “The huge amount spent on recurrent expenses should be directed to infrastructure, while the paraphernalia of offices should be drastically reduced. Genuine people who are ready to sacrifice for their people should be encouraged for leadership positions while those coming for the gains of the offices should be discouraged.”

He regretted that Imo state has never benefitted from Agricultural and ecological funds being given to states despite the state’s agricultural potentials and ecological challenges, and called for consideration.

Chairman of the commission, Engr. Mbam said they had chosen the state for their retreat because of the good stories being associated with the state in terms of security, infrastructure, tourism, hospitality and so on, adding that they were satisfied with what they have seen so far in the state in terms of her development and growth.

He commended Okorocha mostly for the free education programme of his government and his own personal free education initiatives through the Rochas Foundation.