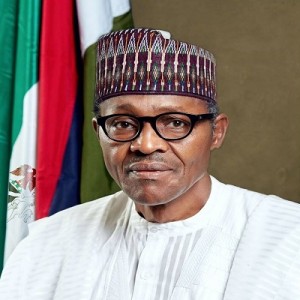 The National Union of Textile and Garment Workers of Nigeria (NUTGWN) has urged President Muhammadu Buhari not to listen to those advising him to devalue the naira and remove fuel subsidy.

The Secretary General of the union, Mr Isa Aremu, made the call in a statement made available to the News Agency of Nigeria (NAN) in Kaduna.

Speaking at an award ceremony in Lagos, Emir of Kano, Muhammdu Sunusi II, who is also a former Governor of the Central Bank of Nigeria (CBN), had stressed the need for the Federal Government to completely remove fuel subsidy. He also urged the Presidency and CBN to reconsider their stance against naira devaluation.

Also, the Emir called on those appointed to serve as ministers under President Muhammadu Buhari to always have the courage to advise him honestly.

Aremu agreed with Sanusi on his advice for the incoming ministers but strongly disagreed on fuel subsidy removal and devaluation of the naira.

“Emir Sanusi must rethink outside the box of neo-liberal IMF’s unhelpful policies of devaluation (which he commendably rejected as CBN governor).

“Nigeria needs a new paradigm of bold policy choices and new star-words in place of boring ideological mantra of devaluation and subsidy removal.

“The naira in recent time lost its value drastically to the existing devalued rate of N197 to a dollar.

“This has further eroded wage income of millions of workers (many with unpaid monthly salaries) thereby worsening poverty.

“We support the bold measures of the CBN Governor, Mr Godwin Emefiele, in managing the scarce foreign reserve through restrictions on some frivolous imports.

“Nigeria, more than any nation, currently suffers huge capital inadequacy with the nation’s foreign currency reserves falling sharply by some 27 per cent to $29 billion since the end of September.

Aremu’s solution to the challenges faced by the country is good governance.

“Nigerians look forward to urgent fixing of the existing refineries, passage of PIB, reorganisation and repositioning of NNPC, reinvention of the downstream infrastructures of fuel production and distribution and ending crude oil theft.

“So, the new administration should reject one-cap-fits-all policy dictates,” he said.