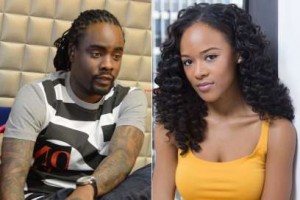 According to very reliable reports, rapper Wale and Serayah Mcneill who plays the lesbian character, Tina Brown in the Fox TV series, ‘Empire’ are dating.

The 31-year-old rapper has allegedly been dating the 20-year-old actress since June but are in a long distance relationship.

Wale lives in Los Angeles but has another house in Chicago, where ‘Empire’ is being shot currently… hence where his girlfriend resides.

The couple have been working on maintaining a long-term relationship and see each other every few weeks, reports Entertainment Tonight.

Though the two have not yet made their romance public, in September, Serayah tweeted Wale’s new song at the time, “Spoiled.”

“While Serayah and Wale are friends, they are not dating,” another source close to the actress tells the outlet.