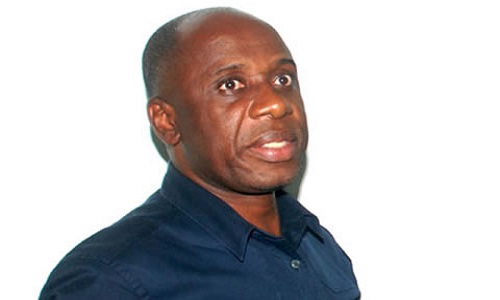 The Nigerians in Diaspora Monitoring Group, has called on the Senate to screen ministerial nominee and former Rivers state governor, Mr Rotimi Amaechi without further delays and not cave in to the present attempts at blackmail by some individuals.

The group said it was now common knowledge that certain individuals and their paymasters have perfected plans to damage Amaechi’s reputation as part of an on-going tussle in Rivers State politics but that they must not be allowed to distort the national consensus for change.

In a statement on Friday, the Nigerians in Diaspora Monitoring Group noted that the Senate has screened former Lagos state governor, Babatunde Fashola, his Ekiti state counterpart – Kayode Fayemi and others who had held public offices at some point relying on conventions.

The statement signed by Comrade Philip Agbese, noted that applying different sets of rules for the screening of candidates could amount to re-writing Nigeria’s laws to selectively suit one group while leaving another group disadvantaged, stressing that this is unacceptable.

It said, “Amaechi as a former legislator and one time Rivers State House of Assembly Speaker, should have ordinarily been allowed to take a bow and go just like the Senators have done to many other nominees. Unfortunately what we are seeing is a parliament that has increasingly allowed itself to be arm-twisted by individuals with vested interests to prolong what should have been a straightforward screening of the nominee.

“This will amount to selective justice and negates the principle of fair trial if the Senate decides to constitute itself into a court of law by passing a guilty verdict on Amaechi on account of the internal politics of  Rivers state. The nation’s constituted courts have not convicted him of any offence and the reports that some people seek to act upon would still have to be tested at the law courts before they will amount to convictions that could bar him from holding public office.

“The Senate would be playing to the gallery if it fails to understand the fundamental right of a citizen to remain innocent until proven otherwise by a court of law. To many well-meaning Nigerians it amounts to the highest level of double-stand and abuse of the concept of separation of powers clearly defined in our constitution”.

“The Senate of the Federal Republic of Nigeria must therefore not give her ears to the voices of anti-democratic elements in Nigeria to deliberately cause a stampede to the expected changes and reforms which Nigerians are yearning for on daily basis”, the group warned.

It added that “the Senate must also realise that it neither has the capacity nor the resources to dabble into the local affairs of each of the nation’s 36 states and must not use Rivers state to set a precedence that could come back to haunt Nigeria in future”. 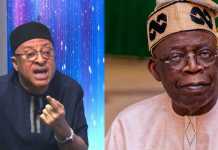