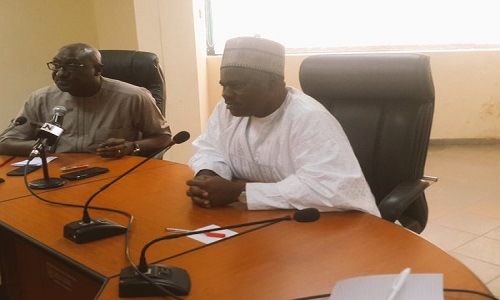 The National Human Rights Commission says it will ensure that 80 per cent of Nigerians are aware of their fundamental human rights by the end of December, 2015.

Its Executive Secretary, Bem Angwe, made the declaration on Monday in Abuja when he received Mike Omeri, the Director-General, National Orientation Agency, at the commission’s headquarters.

“By the end of this year, we want to achieve a target of having at least 80 per cent of Nigerians aware of their rights.

“As a result of this, the commission has identified some institutions in the country to partner with.

“We commenced this partnership with parliamentarians who accepted to make available their constituencies and support the commission to promote the rights of their constituents.

“That relationship has produced resources and logistics needed to promote the rights of Nigerians in many states”, Mr. Angwe said.

Mr. Angwe said the commission had earlier partnered the NOA when its director general pledged to translate the section of the Nigerian constitution on human rights into the three major languages.

The executive secretary said that this partnership was necessary as it would enable Nigerians to read about their rights in their native languages.

“We desire that Nigerians be empowered physically, mentally and economically.

“So we will work with the agency to make this happen by ensuring that every Nigerian is able to read about their rights in their various languages”, he said.

Mr. Omeri, on his part, said that the agency was working hard to complete the task of translating the section of the constitution on human rights into the three major Nigerian languages.

“We are still working on the promise we made to translate a portion of the constitution into the three major languages and we hope to get this done as soon as it is possible”, he said.

The NOA boss expressed concern that some Nigerians were still ignorant of their rights and would not even know when these rights were being abused.

“Currently, at this phase of our development, a number of people are not aware of their fundamental human rights.

“Rights that are derived from our laws and rights that are natural and so they suffer without knowing that they have a platform to seek redress”, he said.

Mr. Omeri pledged the agency’s readiness to work with the NHRC to sensitise every Nigerian on their basic rights.

This, he said, would empower them to cry out when their rights were being infringed on even by the government.

Mr. Omeri called on the NHRC to provide the necessary tools to train its staff in the 774 local governments to enable them effectively educate Nigerians on their basic and fundamental human rights.