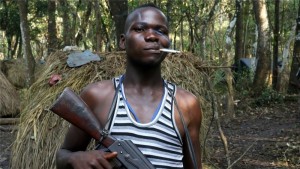 South Sudan – On a long narrow path that cuts through a dense tropical forest, half a dozen youths clutching AK-47s man an improvised checkpoint, 30 minutes outside the city of Yambio.

Guarding the entrance to their training camp, these young men from the Zande tribe are members of the South Sudan National Liberation Movement, one of several recently formed armed groups in Western Equatoria state.

Until recently the state – inhabited by the Zande, Moru and other tribes – was an island of peace in conflict-ridden South Sudan.

But despite a peace deal signed in August to end an armed conflict of nearly two years between forces loyal to President Salva Kiir, an ethnic Dinka, and rebel leader Riek Machar, an ethnic Nuer, this part of the country has become less secure.

According to interviews with church leaders, government officials and eyewitnesses, more than 100 people, mostly civilians, are thought to have been killed in Western Equatoria since May.