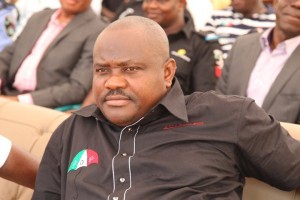 The Human Rights Alliance has declared that the Nyesom Wike-led administration in Rivers State has turned Port Harcourt, the state capital from Garden City to Garbage City.

The group, through its Executive Director, Ken Atsuwete, yesterday in Port Harcourt stated that since May 29, the government of Wike had been unable to put its act of containing environmental and waste management issues together.

The Sole Administrator of the Rivers State Waste Management Agency (RIWAMA), Chief Felix Obuah, who is also the Rivers State Chairman of the People’s Democratic Party (PDP), however, insisted that officials of RIWAMA had been putting in their best to ensure a cleaner Rivers state and should be encouraged.

“Human Rights Alliance has had to traverse Port Harcourt City, the disheartening, degrading and disconcerting revelations shout louder than imagined. No matter how hard you fight to ignore the fact, Port Harcourt is not only untidy, the city shamefully smells and it is an eyesore. Our waterways and roads are death traps.

“Every green verge is littered with plastic waste. Empty sachet water bags, plastic bottles, plastic wrappers and whatever else that is out there. It is worse than a giant pigsty.

“We are wondering why the hitherto Garden City and the entire Rivers State, including our waterways, should be this dirty and unkempt, when there is what appears to be a government in place, when huge sums of money are received on a monthly basis from the federation account by the same government, from the internally generated revenue and fines imposed for environmental effluent charges imposed on companies and individuals, not to mention the loans that seem to flow without seizure for the government of Rivers State,” the group said.

The human rights group also expressed surprise that in Port Harcourt and other parts of Rivers state, there were no waste disposal bins, with residents having to dispose their refuse in the middle of motorable roads, thereby obstructing traffic, endangering lives, unleashing nauseating odour and grievous health hazards on the populace.