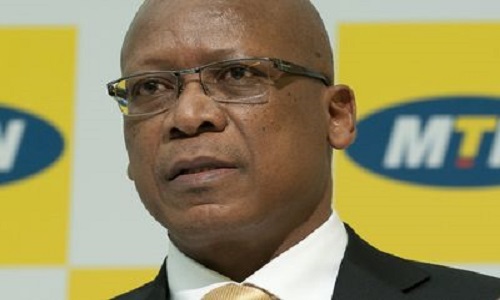 MTN was sanctioned by the NCC for failing to disconnect 5.1 million unregistered subscribers from its network.

The NCC had in August directed mobile telecoms service providers in the country to deactivate all unregistered SIM cards or face severe sanctions.

While other networks complied substantially with the directive, the NCC said MTN refused to comply and after the deadline to deactivate its unregistered subscribers elapsed, a 200,000-naira ($1,008) fine was imposed for each unregistered SIM.

Dabengwa’s resignation was contained in a statement issued by MTN in Johannesburg, South Africa on Monday.

“Due to the most unfortunate prevailing circumstances occurring at MTN Nigeria, I, in the interest of the company and its shareholders, have tendered my resignation with immediate effect”, the erstwhile CEO was quoted as saying in the statement.

Non-Executive Chairman, Phuthuma Nhleko, will act as executive chairman for a maximum period of six months while the company identifies a successor to Mr. Dabengwa, the statement added.

“I’ll proactively deal with the Nigerian regulator and will continue to work with them in addressing the issues around unregistered subscribers as a matter of urgency”, Nhleko was also quoted in the statement as saying while accepting to serve as acting executive chairman of MTN.

MTN said it will continue to inform shareholders of any engagements with the Nigerian government, the company said.

The company has up to November 16 to pay up.

MTN is Africa’s biggest phone operator, and derives its largest (a third) revenues from Nigeria.