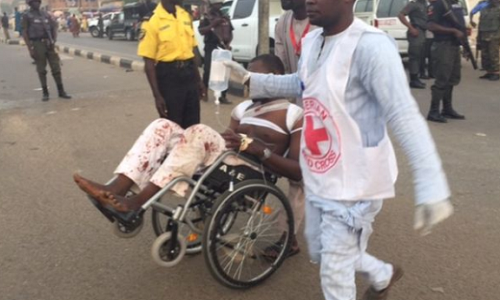 The National Emergency Management Agency (NEMA), on Thursday, gave drugs and consumables to three hospitals for the treatment of victims of Wednesday’s bomb attack in Kano.

Director-General of NEMA, Dr Sani Sidi, said the gesture was in line with the mandate of the agency to respond to emergency situations.

Sidi, represented by Director of Search and Rescue of the agency, Air Commodore Charles Otegbade, said the drugs would enable the hospitals to treat the victims on admission in the hospitals.

He commended residents who responded quickly towards donating blood to the victims of the bomb blast.

“The drugs will enable the three hospitals to accommodate the victims to continue with their treatment without any hitch”, he said.

He disclosed that so far, 19 persons had lost their lives while 53 others were still on admission at the three hospitals.

Receiving the items, Mr Habibu Ringim, Director of Pharmacy, Aminu Kano Teaching Hospital, assured that the drugs would be used for the purpose they were given.

He also commended residents who donated blood to the victims, pointing out that more than 80 persons responded to the appeal made on behalf of the victims. (NAN)