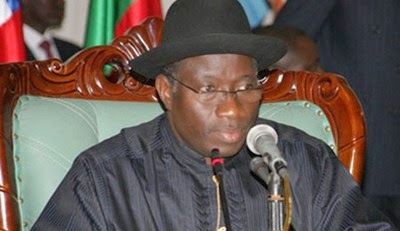 This is what former military president, General Ibrahim Babangida (rtd.) thinks. He described the immediate past Nigerian leader as “inexperienced” rather than “incompetent.”

Jonathan had often been criticized in several quarters as an incompetent leader who allowed corruption and impunity to fester during his rule.

However, General Babangida who spoke with The Interview magazine in the December 2015 edition maintained that Jonathan meant well for the country.

When asked about the perception that Jonathan is a good person but was “incompetent”, Babangida replied: “If you use inexperience, I will buy that.”

Babangida also spoke about the botched coup of 1990. He claimed that late General Sanni Abacha did not save his life as widely believed. “We worked together to crush Orkar’s coup,” he said.

He spoke about how his late wife, Maryam, woke him up in the middle of the night to alert him about the movement of troops at Dodan Barracks, which was the seat of power then.

“They obviously didn’t have a lot of experience,” Babangida recalled. “It was during the fasting period. We were still in Dodan Barracks then. My wife got up from sleep and said she had noticed very unusual movement of troops from one end to the other. So she woke me up and said I should look through the window.

“I found troops moving from one end to the other. The next thing I heard was shooting going on. We tried to put a small party together. It was about 1.30am. Then the guards, the bodyguards said let’s check out of this place. I was a bit stubborn. I told them I was not leaving. It didn’t occur to me that we had a bunker at Dodan Barracks. We had, but it didn’t occur to me to use it. And so, they came. I said the only thing I would concede to, I would evacuate my family. My wife had her last born, who was just a few months old, with her. So they evacuated them to a safe house.