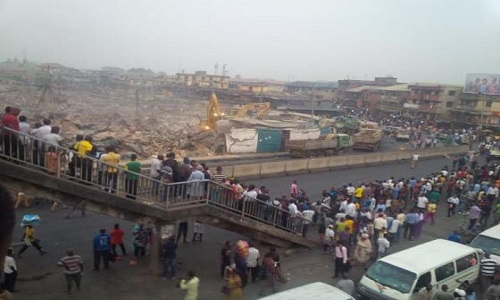 The Lagos State Government has said that by the time it is through with the ongoing transformation of Oshodi, Lagosians would marvel.

The process, which started on Tuesday with the closure of the popular Owonifari Market in Oshodi, continued early hours of Wednesday with the demolition of the same market.

The state government in a statement, said the site of the demolished market would be transformed into “an ultra-modern bus terminus with new bus shelters that are befitting of a structured park in a mega city”.

It also said the traders and shop owners have been relocated to the newly built Isopakodowo market stalls at Bolade area in Oshodi.

The demolished market had been standing under the bridge in Oshodi for about 40 years until its demolition earlier today.