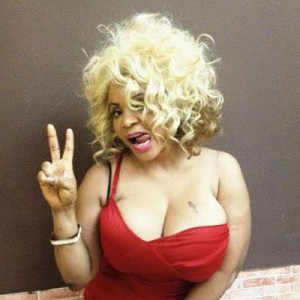 Controversial Nollywood actress and singer, Cossy Orjiakor has shocked everyone revealing she will be getting married this year.

Cossy Orjiakor told her fans that she would be walking down the aisle on Instagram today (January 6).

She shared a close-up picture of her face and captioned it “Hello 2016…I started this year with work… Helping out… Almost like charity…. That’s when I know It’s gonna be a good year…. This year I will finally become Mrs Cossy Ojiakor……… Fill in the blank space hahhahhaha.”

Last September Cossy Orjiakor spoke about the type of men she likes.

Orjiakor who stands out for her large breasts says she likes men that are ‘hot‘ and ‘banging‘. “I love hot men, really hot, that banging body to die for, and also he must be a lot richer than me” she told Encomium Weekly.

In the interview the actress says that she is single and knows that she needs to get married soon. “Being single does not bother me. But, not having kids do bother me, I must say” she further said.