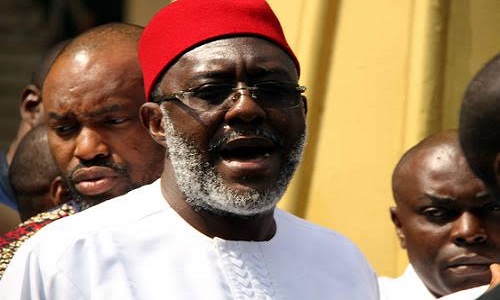 Metuh, who was arraigned by the Economic and Financial Crimes Commission, EFCC, on seven-count charges bordering on money laundering, criminal breach of trust and criminal diversion of public funds contrary to Section 15(2), (d) of the Money Laundering (Prohibition) Act, 2012 and punishable under Section 15(3) of the same Act, pleaded not guilty.

An oral application for bail by his lawyers; Onyechi Ikpeazu (SAN), Ifedayo Adedipe (SAN) and Emeka Etiaba (SAN), was refused by Justice Okon Abang, who ordered that the application be properly filed so that the EFCC counsel, Sylvanus Tahir, can respond to it.

Recall that Metuh had been in EFCC custody since last Tuesday.