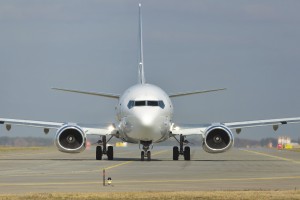 Green Africa Airways, a new airline start‐up founded in Lagos, has been granted an air transport
license. Mr. Babawande Afolabi, the founder and CEO of the airline, noted, “We are really thrilled
about the approval of our license. This new development hopefully puts us further along in our
journey to profitably build an enduring and credible Nigeria‐based airline.”

The new airline is part of a gradual renewed interest in the untapped opportunity in the Nigerian commercial aviation market. The country’s population of over 170 million people and its strategic location on the western part of the continent offers a strong platform for a well thought out Pan African strategy.

“As a nation with the largest economy on the African continent and a rising middle class that is beginning to value time more than ever before, Nigeria’s commercial aviation industry presents an attractive investment opportunity,” said Professor Mike Ogbeidi, a senior business strategy lecturer at the University of Lagos.

He continued, “More broadly, a robust aviation sector will be crucial to realizing the economic potential of the African continent and connecting the region to the rest of the world.”

Meanwhile, despite the flurry of interests in the industry, many still worry about the viability of
existing and incoming operators. Nigeria currently has very few, if any, airlines that can stand the test
when measured on international benchmarks. Lack of reliability, safety concerns and poor customer
service (just to name a few) are some of the issues passengers are routinely forced to deal with when
flying domestic airlines. Though there are unique systemic issues local airlines have to deal with, many
observers contend that operators need to get their own houses in order.

Asked what will set Green Africa Airways apart, Mr. Afolabi, the founder and a former Morgan Stanley
banker, responded, “…our customers and employees are going to be at the core of everything that
we do. Our guiding philosophy, the scope of our business plan, the top‐notch quality of our team and
the depth of our global relationships will differentiate us in the marketplace.”

Some industry veterans who are close to the new airline start‐up seem to believe in its future
prospects. Captain Roy Ilegbodu, a well‐respected airline operations expert with over 30 years of
industry experience asserted, “We’ve definitely seen many airline start‐ups come and go but there is
something fundamentally different here which gives me the confidence that we may finally have the
team that will build a truly competitive airline that will make Nigerians proud.”

Professor George Parker, former member of the Board of Directors at Continental Airlines (now
United Airlines) and former Senior Associate Dean at Stanford Graduate School of Business,
commented, “It has been a pure delight watching Green Africa Airways grow from just an idea to this
pivotal phase. Having advised several entrepreneurs around the world, I strongly think Babawande
and his team have the bearings of industry disruptors. I could not be more excited for the future of
their new airline company.”

Mr. Tom Horton, immediate past Chairman and CEO of American Airlines and former Chairman of
Oneworld Alliance, also shares similar optimism, “There have been many successful start‐ups of high
quality airlines in developing regions of Asia and Latin America, and the same will occur in Africa.

Green Africa Airways has a great opportunity to serve that role in Nigeria and in the broader region.”
Quizzed on when the airline will start flying, Mr. Afolabi answered, “We are operating with a sense of
urgency and we’d rather concentrate on getting things right for now than committing to a timeline.
That said, we look forward to hopefully welcoming you onboard sometime soon!”